Because Jupiter is so big, it has been influential in the story of the solar system. We can’t understand the origin of the solar system – and how Earth came about – without understanding how Jupiter formed. There’s still a lot we don’t know about Jupiter: what is it made of? What lies beneath those beautiful, swirling clouds? What exactly drives its magnetic field?

We think that giant planets like Jupiter are the cornerstones of planet formation. These planets were assembled early in the process, before their young stars had the chance to absorb or blow away the light gases in the huge cloud from which they were born. Giant planets also play a big role in planet formation because their huge masses allow them to shape the orbits of other objects in their planetary systems, such as other planets, asteroids, and comets.

Although we have pieced together the basic story of Jupiter’s origin, some important questions remain, and Juno’s mission is to help us answer them. Exactly how early was Jupiter born? Jupiter might have formed at its current orbit, but some evidence also suggests that it could have formed farther from the sun before migrating inward. Because Jupiter formed at the same time as the sun, their chemical compositions should be similar. But Jupiter has more heavy elements – such as carbon and nitrogen – than the Sun.

Competing formation theories make different predictions about the content and mass of Jupiter’s core, so measuring the core will allow us to eliminate ideas that are wrong. Determining the amount of water – and therefore oxygen – in the gas giant is important not only for understanding how the planet formed, but also how heavy elements were transferred across the solar system. These heavy elements were crucial for the existence of rocky planets like Earth – and life. Since Jupiter is the best example of a gas giant that we have, learning its history will help us understand the hundreds of giant planets we’ve discovered orbiting other stars. 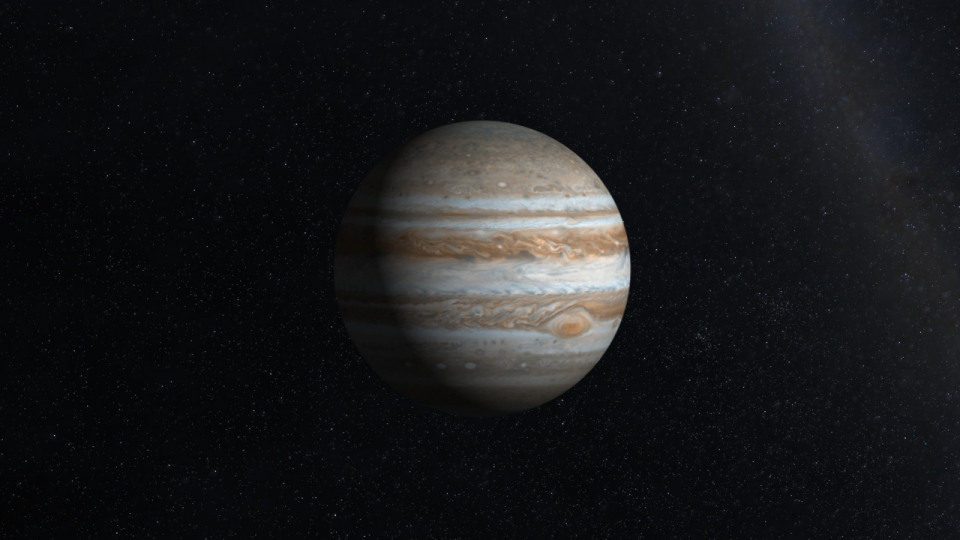